Getting the Story Straight

10 He was in the world, and the world came into being through him; yet the world did not know him. 11 He came to what was his own, and his own people did not accept him. 12 But to all who received him, who believed in his name, he gave power to become children of God, 13 who were born, not of blood or of the will of the flesh or of the will of man, but of God.

14 And the Word became flesh and lived among us, and we have seen his glory, the glory as of a father’s only son, full of grace and truth. 15 (John testified to him and cried out, “This was he of whom I said, ‘He who comes after me ranks ahead of me because he was before me.’”) 16 From his fullness we have all received, grace upon grace. 17 The law indeed was given through Moses; grace and truth came through Jesus Christ. 18 No one has ever seen God. It is God the only Son, who is close to the Father’s heart, who has made him known.

The passage that we read today is a prologue of sorts. It orients the reader for the journey. In this first chapter, you will find the testimony of John the Baptist who tells people someone greater than him is coming as well as an account of the first disciples called to Jesus’ crew. Throughout this gospel, the theme of light and dark comes up often. In your own devotional period, take the time to reflect on what light and dark means to you. What are some things that the light offers to you, objectively? What are some things that darkness offers to you, objectively?

Today’s lesson will focus on getting the story straight. Read the scripture out loud together. Discuss with someone in your home. How do you usually deal with gossip?

If you watch superhero movies, this passage is reminiscent of the hero-origin story. Or it somewhat resembles the opening prologue of Black Panther, where the narrator sets the stage of how Wakanda came to be. Every good bit of writing needs an audience-friendly intro.

The writer reminds the audience that in the beginning was the Word, and that Word was with God, and the Word was God. Since the beginning of time, all things came into being through him, and nothing has happened without him. A man named John came to testify so that people could believe the story. As a caveat, the writer is clear to say that John was not the light himself but a witness to it.

In the second half of the passage, the writer highlights how oblivious the world was to Jesus. His own people “did not accept him.” The passage is not a direct news-reporting of events, so much as a historical account including some contextual notes.

What else is going on during this time that might have bearing on the author’s purpose?

Something else happening around the same time is a text called the Priene Inscription. Written at about 9 BC in Priene, Asia Minor, there was a document that read as follows:

Since Providence, which has ordered all things and is deeply interested in our life, has set in most perfect order by giving us Augustus, whom she filled with virtue that he might benefit humankind, sending him as a savior , both for us and for our descendants, that he might end war and arrange all things, and since he, Caesar, by his appearance (excelled even our anticipations), surpassing all previous benefactors, and not even leaving to posterity any hope of surpassing what he has done, and since the birthday of the god Augustus was the beginning of the good tidings for the world that came by reason of him.

You can see the parallels present in this text hailing an Earthly ruler years before Christ, and our scripture passage hailing Christ himself. John 1 is about establishing Jesus as Lord as a means of saying that Earthly rulers are not. It is a direct call-out, shade, a subtweet, a protest-sign all wrapped into one. The writer of John is intentionally mimicking the formula and content of the Priene Inscription to say that Jesus is Lord. Not the King, not the Ruler, not Caesar.

As Black Christians, we have been traumatized by the “light-good dark-bad” dichotomy. In Song of Songs, the text was mistranslated to suggest that one was “dark but lovely,” not “dark and lovely.” We are well within our right to be questionable about what darkness and light means for us.

Consider the time. People who lived during this writing did not have the luxury of night lights or reading lamps. They were completely at the mercy of the Sun’s light. Light, objectively, either enabled or prohibited people from seeing the world around them. This does not mean that darkness is bad or evil. It means that things are obscured from view because you depend on the sun to illuminate things. Jesus features as the illuminator. He is One who helps the people see what was hidden before.

What’s so special about the “word becoming flesh?”

In early church discourse, church fathers wrote about the danger of the flesh. Things like sex and “gluttony” were often hailed as major sins. Even now, there is a hatred and disdain for flesh, and for certain kinds of flesh. When we say someone is acting without regard for consequences, we say, “that’s the flesh.” Or if we are struggling with something (like a commitment to mindful movement or reading) we say, “the spirit is willing, but the flesh is weak.” We often blame difficult parts of humanity on our bodies. But this passage shows us that the flesh is worth visitation from Christ. How could our bodies be the problem when Christ chose to “become flesh and live among us?” There was something that Christ could not learn from a distance. He had to become one of us to understand us.

As we head into a New Year, consider the resolutions you’ve made. Every year, diet and exercise companies make billions of dollars off people who believe there is something wrong with their bodies. But psychologists and doctors agree that choices made in delight are easier to keep up with than choices made out of obligation. If you and your doctor have had difficult conversations about your body, reorient the conversation. Your body is already good as it is, it is already worthy of love as it is, it is already beautiful as it is. The gift is in seeking out what sorts of food, movement and spiritual care your body best responds to. We can all do better at loving our bodies, whatever that may mean for us. After all, this is the only body we get. 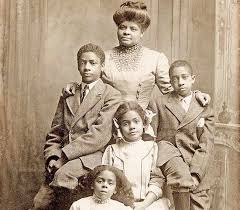 Ida B. Wells-Barnett was a journalist, activist, writer and researcher. She lived from 1862-1931, and was born in Holly Springs, Mississippi. Having experienced compounding and interlocking violence of sexism and racism herself, she investigated cases of lynchings. Using the tools at her disposal, she published columns and other writings to expose the human rights violation of lynching.

In a speech she gave in 1909 in New York City, she referenced the research she’d conducted:

She would later say, “Why is mob murder permitted by a Christian nation? What is the cause of this awful slaughter?” The most popular quote attributed to her is, “The way to right wrongs is to shine the light of truth on them.” In bravely and courageously keeping pressure on the nation and its people to pay attention to lynchings of Black people, Ida B. Wells Barnett was a witness that “[she herself] was not the light, but [she] came to testify to the light. The true light, which enlightens everyone, was coming into the world.”

Journal: Is there anything stopping you from illuminating the wrongs in your world? If so, what is it? If not, how will you commit to “shining the light of truth” on them.

Closing: Listen to “Standing on the Promises of God.”

PRAYER:
Dear God,
Thank you for yet another year. We do not know what this year will bring for us or to us. But if last year has taught us anything, it is to be grateful for the What Is while working towards the What Should Be.

God, you are the one who illuminates things through your son Jesus Christ. When we follow Jesus, we follow the one who tells the truth. Even when there are consequences. Even when we are scared.

We are ready to right the wrongs in our world by shining the light of truth on them. 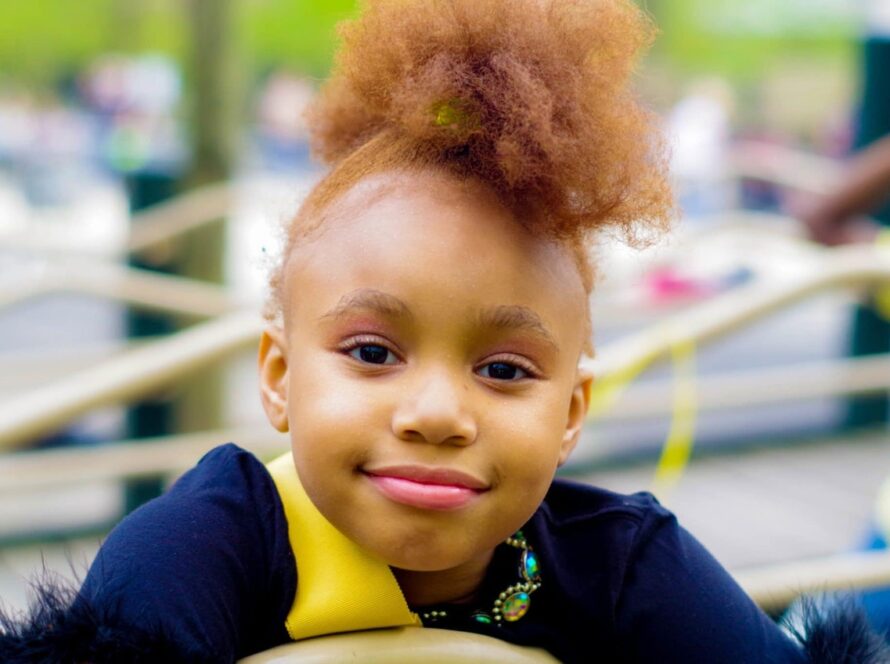 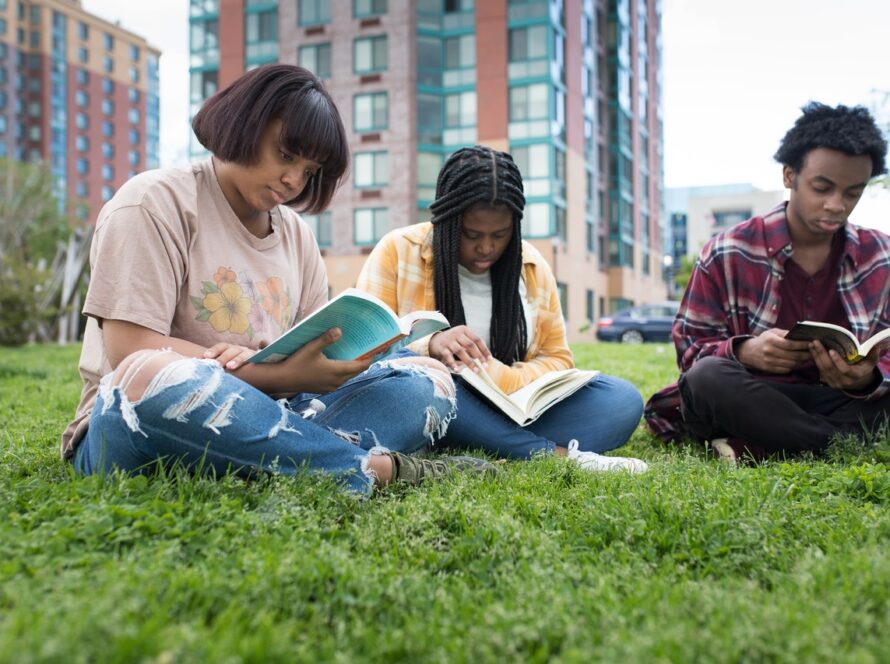