(Trigger warning: Today’s Biblical passage features discussions of sexual violation. Resources are provided at the end for those seeking support.)

4Against you, you alone, have I sinned,
and done what is evil in your sight,
so that you are justified in your sentence
and blameless when you pass judgment.
5Indeed, I was born guilty,
a sinner when my mother conceived me.

6You desire truth in the inward being;
therefore, teach me wisdom in my secret heart.
7Purge me with hyssop, and I shall be clean;
wash me, and I shall be whiter than snow.
8Let me hear joy and gladness;
let the bones that you have crushed rejoice.
9Hide your face from my sins,
and blot out all my iniquities.

10Create in me a clean heart, O God, and put a new and right spirit within me.
11Do not cast me away from your presence, and do not take your holy spirit from me.
12Restore to me the joy of your salvation, and sustain in me a willing spirit.

BACKGROUND
A note: This month’s lessons will follow the theme of Black August, an annual commemoration to highlight Black resistance against racial oppression. Black August is observed yearly, and it honors the life of George Jackson as well as the continued struggle for Black Liberation. Many people who observe this season dedicate themselves to a focused study of radical texts, fasting, withdrawing from distracting media and activities, spiritual discernment, mindful body movement, and community reflection. It is an important season to reflect and fortify ourselves and each other. This month’s lessons will focus on community, personal wellness, and discipline.

This passage from Psalms is David’s response after sexually violated Bathsheba and conspired to kill her husband. After being confronted by the prophet Nathan, David feels deep guilt against God. After all, Bathsheba and her late husband Uriah were made in the image of God, too. For more information on this story, read 2 Samuel 11-12. As you read this chapter in your own devotional period, consider what life may look like with “a clean heart.” What weights would you be able to put down with a clean heart?

Today’s lesson will focus on accountability. Read the scripture out loud together. What’s happening during this passage?

After being confronted by the prophet Nathan for sexually violating Bathsheba and killing her husband Uriah, David realizes the weight and significance of his actions. He asks God for mercy according to “steadfast love and abundant mercy.” He is desperate for his sin to be washed out. David considers his actions as “a sin against You (meaning God) alone.” He even believes that this sin was in him before he was born. He knows that God wants him to be truthful.

David asks to be given a new and clean heart. He asks for a “new, right” spirit. He doesn’t want to be pushed away from God’s presence. He wants to be restored and sustained. In this reflection, he believes that he will teach the ways of God to other people who have done wrong, so that “sinners will return” to God. David writes (or sings) about all the ways his life will be changed. Lips will sing praise, burnt offerings would be lifted, but a broken and contrite heart is “an acceptable sacrifice.”

What could have made this story feel like there was more potential for restorative?

Nathan confronts David about what he has done. He feels guilty, but it doesn’t appear that David understands he has wronged Bathsheba, or the late Uriah. He doesn’t consider that Bathsheba and Uriah deserve his guilt. He says to God, “against you, you alone, have I sinned.” It almost reads like he feels guilty because the offense to God is unthinkable. But what about Bathsheba? And Uriah? What about the apologies and accountability they deserved? According to Professor Nancy deClaissé-Walford, professor of Old Testament and Biblical Languages at McAfee School of Theology, “in other places in the Hebrew Bible, sins against humans are considered to be sins against God,” as we see in Genesis 39:3.

For the sake of our reflection in 2021, it would have been more in line with a desire to be restored to community (not just God) if David acknowledged his sin against God, Bathsheba, and Uriah. And even himself. Abusing his power over Bathsheba and Uriah, and enacting violence not only hurt these other people, but it most certainly separated David from his own humanity. He laments this separation throughout this psalm.

How does individual lament differ from other kinds of lament?

It is true that we live in a world that has structural sins. Racism kills Black people, but there are individuals who pull the trigger. In sexist and patriarchal systems, women are paid less for equal work. But there are individuals who sign those checks. Mental health is an important issue. It manifests at the individual level with sadness, insomnia, and disinterest in usual activities and more. We can point fingers at the structures all we want to, but we must also acknowledge the everyday manifestations of evil that show up in our flesh and blood lives.

At some point, though, it’s important for us to take a lesson from David’s prayer for cleansing. We have to search ourselves, and ask our community to search us, with love and compassion. Have we offended someone? Have we violated someone’s boundary? Have we been dishonest, unfair, unkind? How did our actions impact someone else? What is the right way to move forward? We cannot advance as a society if we will not do the hard work of stewarding conflict when it arises. Our communities, families, churches, and workplaces require accountability. Even if it was not our intent to harm, we must seek to be accountable for the impact of our actions – and to pursue right relationships. It’s the only way to pave the road to healing. 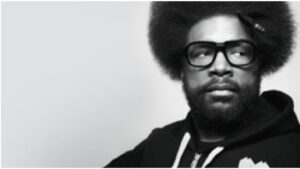 This week, a rapper named DaBaby performed at a concert. During his performance, he spoke disparagingly about LGBTQ people, made derisive comments about people with AIDS/HIV, and teamed up with a man currently being investigated for shooting a Black woman. His comments shook the Hip-Hop world and hurt many people.

Questlove (pictured above), a veteran musician and drummer in the band “The Roots,” broke silence about the issue. In a statement posted on the social media platform Instagram, Questlove took accountability for his past silence on matters of domestic violence involving singers, on remaining apathetic as some rappers supported Donald Trump, and for not speaking out when his rapper peers became Fox News Favorites by spouting racist conservative talking points. He spoke up to hold the rapper DaBaby accountable, saying “homophobia, transphobia, xenophobia, misogyny, racism…is morally wrong.” Further, he quoted Huey Newton’s important insight, saying, “we as a people should NEVER go so low in life (with what we been through) that we start oppressing/terrorizing the next man in the way that we’ve been terrorized for centuries… Y’all gonna learn that there are other human beings living in the same space you are.”

We must always take advantage of the opportunity to do the right thing. It is never too late to be willing to change. Questlove’s comments were so powerful because this sort of display of courageous accountability rarely happens, especially among hip hop artists. Hopefully Questlove’s comments are indicative of a changing tide in the music industry. Hopefully, it means more elders and peers will call out hateful comments and actions, and they will model the posture of being accountable for past harms to community.

Closing: Listen to “Create in Me a Clean Heart,” sung by Donnie McClurkin

Dear God,
You know whether we are right or wrong. You search us. You know us. You see us. And you love us. Sometimes we try to hide our less-than-savory actions from you. But all our actions have consequences and impact other people.

We ask that you embolden us to have the integrity to come to you and those we have hurt with a spirit of remorse. Help us to repair the bonds in our communities so we can withstand the blows of The Enemy. Teach us to seek healthy resolve for conflict, instead of running away from it. We know you will be with us even when things get uncomfortable. 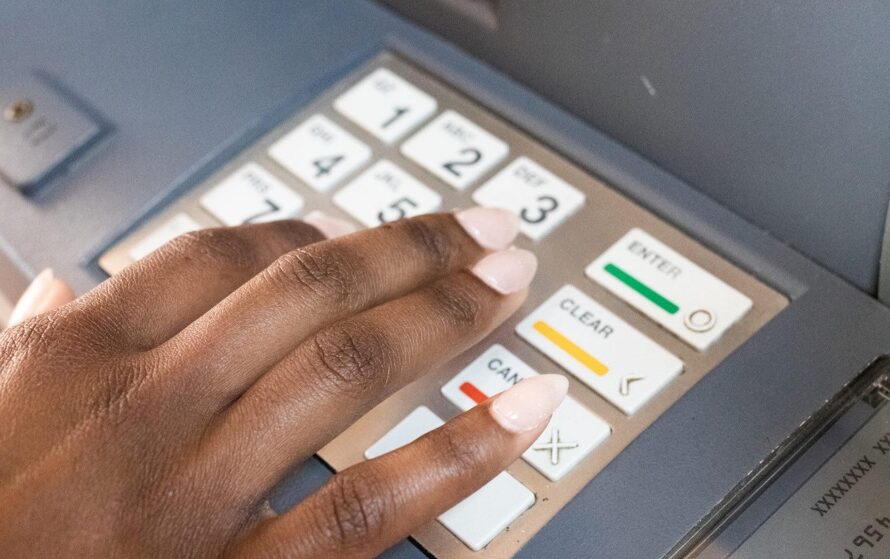 The Futility of Material Wealth 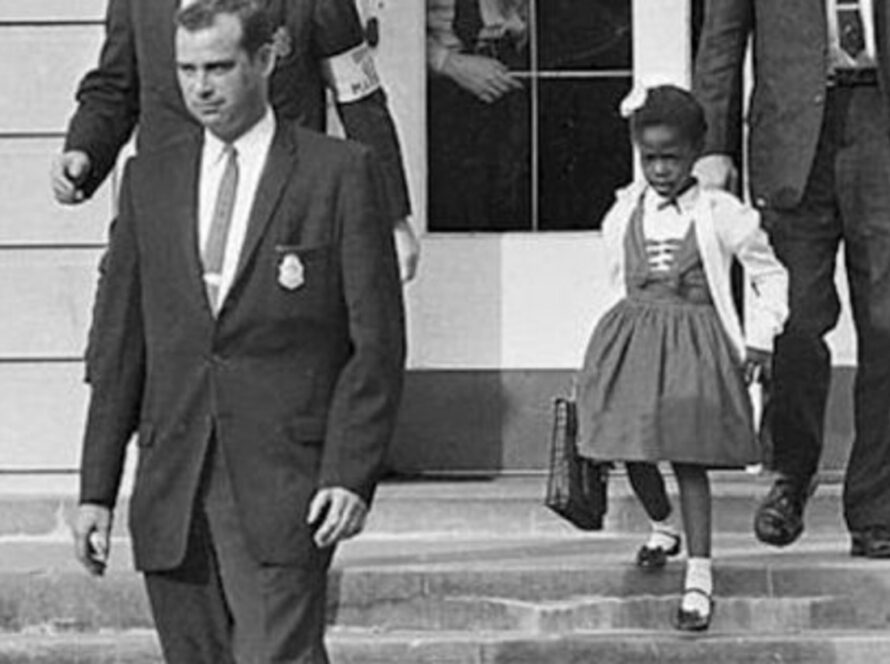 Seeing What Does Not Yet Exist