Hearing the Voice of God

The word of the Lord came to Jonah a second time, saying, 2 “Get up, go to Nineveh, that great city, and proclaim to it the message that I tell you.” 3 So Jonah set out and went to Nineveh, according to the word of the Lord. Now Nineveh was an exceedingly large city, a three days’ walk across. 4 Jonah began to go into the city, going a day’s walk. And he cried out, “Forty days more, and Nineveh shall be overthrown!” 5 And the people of Nineveh believed God; they proclaimed a fast, and everyone, great and small, put on sackcloth.

10 When God saw what they did, how they turned from their evil ways, God changed his mind about the calamity that he had said he would bring upon them; and he did not do it.

BACKGROUND
This text is one of the most popular Bible stories, even for non-Christians! It features prominently in Christian children’s curriculum because it has all the elements of a fascinating story. After all, who doesn’t want to read a story about a sea-creature swallowing a human and spitting him out whole?! As we read, it’s important to note that this text is special. It isn’t really an attempt at a historical account or census data (like the first chapter of Matthew or Genesis 5). It isn’t really a book about laws or cultural norms like Leviticus or Romans. It isn’t really a believable narrative like the people being oppressed by Pharaoh. It’s full of hyperbole, puns and humor. It’s meant to open up curious imaginations. For example, Jonah means “dove,” but throughout the entire book, God keeps telling him to “go down.” For the people who would have heard this story the first few times it was told, this would have been hilarious! It’s like a tall football player being nicknamed, “Tiny.”

Today’s lesson will focus on hearing the voice of God. Read the scripture out loud together.

Discuss with someone in your home. Do you have a favorite folk tale? What makes it your favorite?

What’s happening during this passage?
By the time we see Jonah in this scene, God has come to him “a second time.” He is called to go to Nineveh and proclaim a specific word to the people. Jonah goes, this time, according to God’s word. Nineveh is described as a huge city that takes three days for an able-bodied person to walk. Not even ⅓ of the way through the town, he cries out “in 40 days, Nineveh will be overthrown!” The people believed God (through Jonah’s witness), and everyone put on the standard gear of sackcloth to repent. When God saw how they turned from their “evil ways,” God changed God’s mind about the consequences to be visited upon them. God instead decided not to bring “calamity” to the people.

A second time?
You might miss this if you’re reading too quickly. This is not God’s first time reaching out to Jonah. By the third chapter of Jonah, he has already tried to run away from God’s voice, been swallowed up by a giant fish, and has been spit out by the fish. Even the fish itself obeys the voice of God! By the time we meet this version of Jonah, he has already been through quite a few days. It took that entire ordeal inside of the fish for him to offer an earnest prayer. In chapter 2, Jonah prays:

I called to the Lord out of my distress,
and he answered me;
out of the belly of Sheol I cried,
and you heard my voice.

Jonah has a moment of revelation inside the belly of the fish. He recognizes that God holds him, even inside waves, billows, waters, weeds, and mountains. In your own devotional period, read his prayer in Jonah 2.

Is there such a thing as “missing out” on God’s voice?
Jonah declined (that’s the nice way of putting it– he ran!) God’s invitation the first time. According to the text itself, we don’t know what the people of Nineveh were guilty of. We don’t know why God called them wicked. Jonah himself will tell everyone that they should “all shall turn from their evil ways and from the violence that is in their hands” (Jonah 3:8). To have gone through so much trouble, and to have such a dramatic story, it would be nice to know exactly what the people of Nineveh did wrong! We do know that Nineveh was a prominent city, and it was the capital of the neo-Assyrian empire for some time.

Jonah tried to flee God’s voice by getting on a boat. But as Psalm 139 reminds us, there is no place we can go to flee God’s presence, even when we feel distance. We may be inside more than we’d like. We may be missing out on in-person bible study, Freedom School, baptisms and volunteering. But God still speaks! God pursues us and desires to grow deeper with us. You have not missed out on God or God’s vision for you just because you’re home more often! We just have to tune our hearts to a different kind of voice. 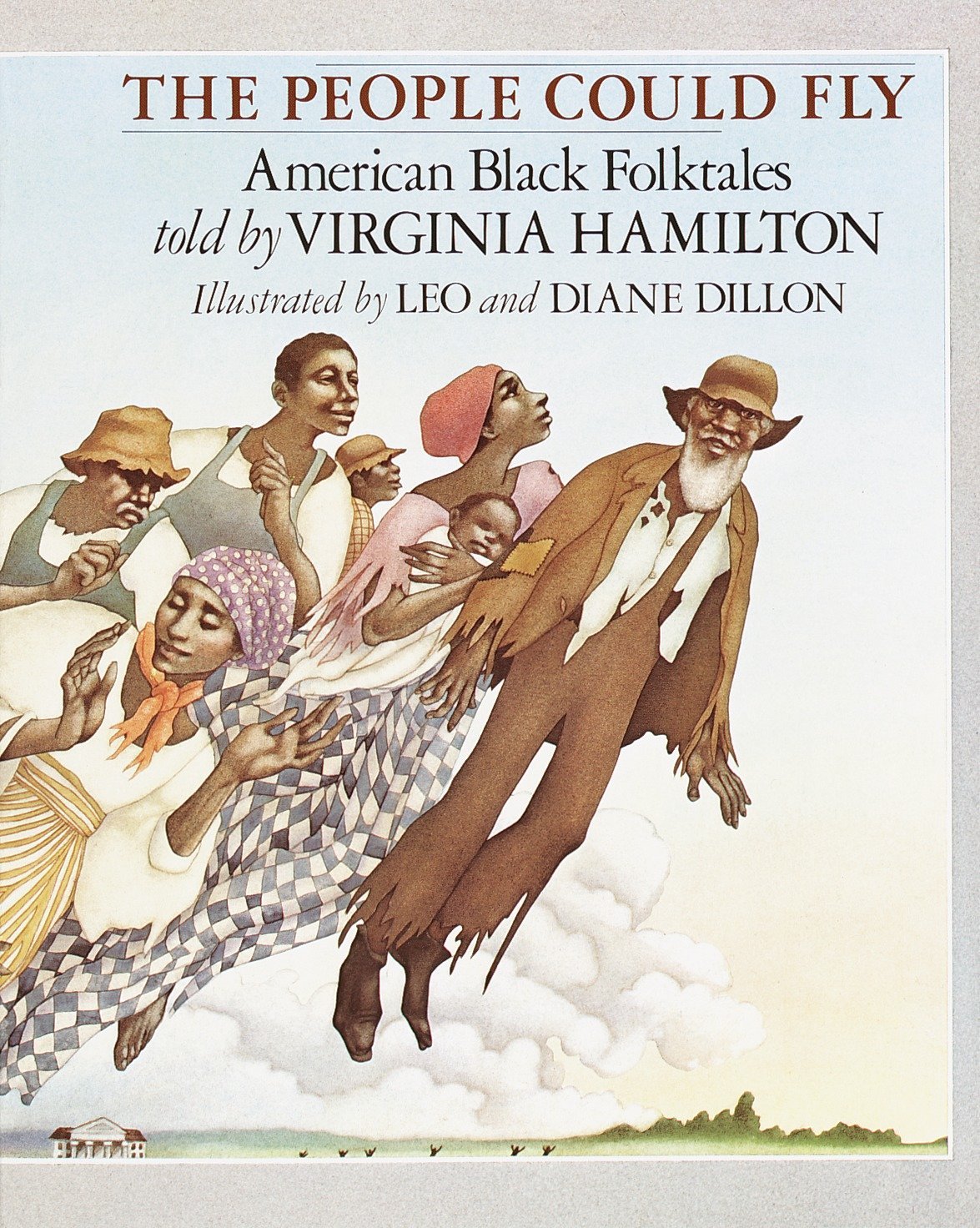 Connection to Today’s World
In her work to reclaim and recover folk tales from the African Diaspora, Virginia Hamilton found stories that depicted Black people as curious, intelligent, cunning, wise and humorous. In the titular story of her anthology The People Could Fly, an elder whispers secret words of freedom to enslaved Africans on a plantation. When these sacred words are whispered, the people get wings and fly away to freedom. Sadly, not everyone can fly. But those who remained on the ground were able to tell the story and remind future generations that “the people could fly.” These sorts of stories were very popular among the Enslaved during slavery because they captured the heart of most people’s desires: to be free. Though it is physically impossible (or at least undocumented in any scientific journals) for people to fly, God’s point was made clear. We can fly. We can be free.

In another anthology entitled Her Stories, Hamilton said:

“In the centuries of the Plantation Era, the black slave woman was the keeper of households. She was a laborer without pay for any work, from dayclean to dayclean– sunup to sundown. When the owner’s work was done, he went home to her cabin and helped take care of her own family. At supper, she might think of a riddle to amuse her children. And after, she would whisper plans and dreams with her husband…”

Stories don’t have to be factual to have significance. Even when we are telling folktales like The People Could Fly, there are nuggets of wisdom. We can hear the voice of God anywhere. God conspires for our freedom!

Journal: If you could write a folk tale about this moment in history, what would you call it?

Closing: Listen to Thomas Whitfield’s “Let Everything Praise Him”

Prayer:
Dear God, You are a God of humor and delight. Sometimes we get ourselves stuck in the belly of a fish in a funny story that goes viral over time.
We can be stubborn sometimes. We often think we know best, so we try to do things our way. The way of selfishness, over community. The way of greed over sustainable sharing. The way of Me over Us. The way of “the Easy Way” over the “Right Way.”
We don’t need you to put us in any more fish. Be patient with us as we hear your voice for the second and third and fourth times. We know that you respect our journey as we seek your Face. Surround us with testimonies of people who followed you and found delight and joy. 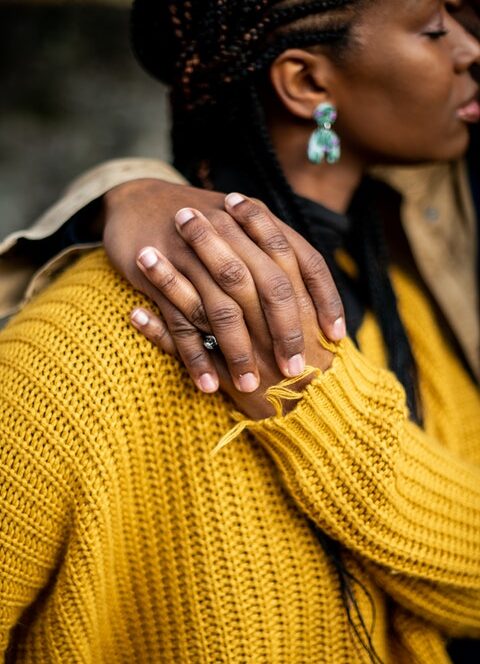 Building Connections in Spite of Challenges