The Abundance Around Us

Background
This particular section of 2 Kings features many communal miracles. A woman receives an overflow of oil to keep her children from debt slavery, Elisha raises a young child, and Elisha fixes an otherwise inedible pot of stew for the community to eat. In your own devotional period, read the chapter in its entirety. What message is loudest for you as you read? What takeaways are you holding for your own life?

Today’s lesson will focus on abundance around us.

Read the scripture out loud together.

What’s happening during this passage?
A man came to bring an offering to the “man of God.” He had 20 barley loaves and fresh ears of grain. Elisha told him to “give it to the people and let them eat.” His attendant was confused. “How can I feed 100 people with this?” Elisha was set on his idea. He repeated, “give it to them and let them eat. This is what God says.” So, the attendant offered it to the people. They were able to eat and have leftovers!

Why does this story sound familiar?
In today’s lectionary menu, the gospel reading includes John 6:1-21. This is the story of the feeding of 5,000+ people. More than once in the Bible, there are stories of small portions being magnified for the nourishment of the community. It resonates for us, especially as Black believers, because we know how a few things can become many and how old things can become something new. Scraps can become gumbo. Old tee-shirts become rags. Grocery bags get saved and turned into lunch bags or garbage bags. When you are systematically pushed into the corner, you learn how to make something out of nothing.

How are these miracles possible?

The prophet had integrity. The man came with the intent to give all these things to the “man of God” alone. But Elisha was faithful to the word of God. God said, “they shall eat and have some left.” God’s words were for everyone. And God blessed the ingredients because that was God’s intent.

The larger context for this passage is that the people were enduring famine. Dr. Dora R. Mbuwayesango of Hood Theological Seminary in North Carolina wrote,

How do we expect people to behave in the reality of scarcity? Is there fear of a stampede? These questions bring to memory how some of us behaved in response to the perceived scarcity of basic needs at the beginning of the COVID-19 pandemic. Fear sometimes brings a spirit of individualism that disregards the needs of others and ignores the connections among us. A spirit of hoarding consumed the nation and empty shelves testified to perceived scarcity.

We can have some empathy for the attendant. How are we supposed to feed the people with just these loaves of barley and corn?

While Elisha could have taken the corn and barley for himself, he chose to follow God’s direction. It was important to share those resources with the community. After all, one man can only eat so much bread and corn! 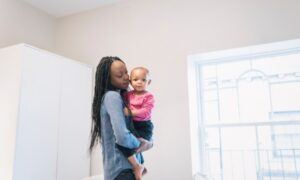 In 2018, Black Lives Matter Louisville began to flip vacant properties and renovate them for low-income and homeless families. Organizer Chanelle Helm said of the effort that the goal is to “house people. There’s just way too many vacant and abandoned properties in West Louisville alone, that we can house all these people.”
Helm also said that the projects were completely funded by community donations. There were no grants or government aid funds involved. Even more, there is no formal application process and there won’t be any discrimination against people who have criminal records because “those are the people that we need to get in the homes. The reason why they committed whatever crime it is, is because of a lack, a lack of something, lack of necessities, a lack of bare essentials, a lack of dignity, especially.”

Prayer:
Dear God,
Why should any of us worry, when we look into the fields and see the lilies of the field and birds of the air lovingly taken care of?

Sometimes we worry because we know that scarcity is intentionally pushed at our communities. We ask for a blessing of imagination and curiosity.

We ask a special blessing over all those who are seeking housing, a good meal, a quality doctor, a friend, a family, and relieved debt even today. Move all obstacles out of our way, so that You might get the glory.
In Jesus’ name we pray, Amen. 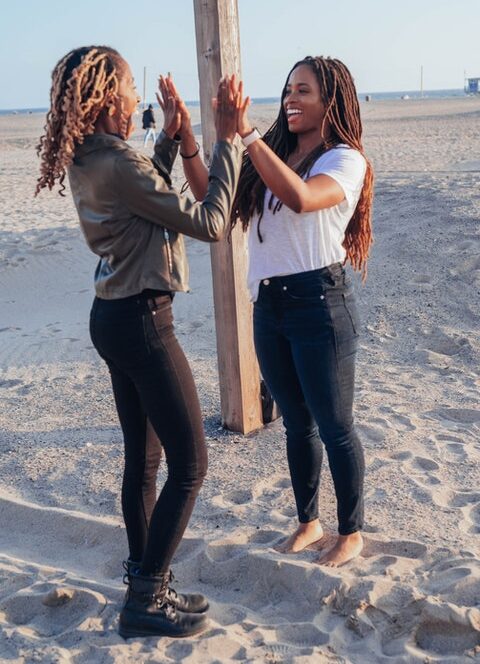 The Actions of the Holy Spirit