The Power of the Underdog

5 The next day their rulers, elders, and scribes assembled in Jerusalem, 6 with Annas the high priest, Caiaphas, John, and Alexander, and all who were of the high-priestly family. 7 When they had made the prisoners stand in their midst, they inquired, “By what power or by what name did you do this?” 8 Then Peter, filled with the Holy Spirit, said to them, “Rulers of the people and elders, 9 if we are questioned today because of a good deed done to someone who was sick and are asked how this man has been healed, 10 let it be known to all of you, and to all the people of Israel, that this man is standing before you in good health by the name of Jesus Christ of Nazareth, whom you crucified, whom God raised from the dead. 11 This Jesus is

‘the stone that was rejected by you, the builders;
it has become the cornerstone.’

12 There is salvation in no one else, for there is no other name under heaven given among mortals by which we must be saved.”

Background
The book of Acts details how the community tries to make sense of a world now that Jesus has come and gone. One way that they dealt with Christ’s ascension into heaven was by teaching about Jesus. Religious and political authorities were not a fan of this teaching, and so people like Peter and John were often taken into state custody. Still, this chapter in particular highlights how viral the message of Jesus was going. In your own devotional period, read Acts 4. Where in this passage do you see boldness? Is there anything in your life that you believe in so strongly?

Today’s lesson will focus on the power of the underdog.

Read the scripture out loud together. Can you think of an unexpected hero? In your life, history, movie, media? What made that person unexpected?

What is happening during this passage?
Peter and John were proclaiming the good news, but the religious and political authorities were “annoyed.” They were taken into custody. The next day they were met with a court filled of “rulers, elders and scribes” and members of the “high-priestly family.” They were questioned. “By what power did you do this?” Peter, “filled with the Holy Spirit,” said to them “if you are upset because we have done good deeds and healed people, you should know that these people are healed because of the name of Jesus Christ.” Further, Peter argues that “this is the person you crucified, but God raised from the dead.” Still filled with the Holy Spirit, Peter cites scripture that says, “the stone that was rejected by you, the builders, it has become the cornerstone.” He concludes that there is “salvation in no one else.”

“Jesus said to them, “Have you never read in the scriptures:
‘The stone that the builders rejected
has become the cornerstone;
this was the Lord’s doing,
and it is amazing in our eyes’?”

What scriptures is he referring to?

Look at Psalm 118:22. What do you see?
“The stone that the builders rejected
has become the chief cornerstone.”

In this passage, we have a vision of the disciples referencing something Jesus said, who himself was referencing something the sacred scriptures in Psalms said. It might be easy to see Jesus as rejecting or distancing himself from his tradition. But he spent a good deal of time engaging the holy scriptures as worthwhile and instructive for his own practice. It is quite comical to see that Jesus (and then the disciples) are speaking about the possibility of the central stone being refused, while holding on to a central stone (of tradition). Even more, Peter and John are bold to tell these people, “you thought you killed the power, but look at what happened!”

What does the Holy Spirit do?
The Holy Spirit helps Peter tell the truth. Can you imagine being brought before religious and political authorities and being questioned about your actions? At this time, to do such work was an action that had serious political consequences. So many of the disciples were routinely jailed and surveilled for daring to do good works in Jesus’ name.
But somehow, Peter finds a way to tell the assembled council about themselves. Not only does Peter say, “we do this in Jesus’ name,” but “we do this in the name of the one who you killed!” As if to say, “you can kill a revolutionary, but you cannot kill a revolution!” as Fred Hampton would often remind crowds. Peter will not let the powerful elites forget that he is part of a community that does work in the name of Christ. Even more, Peter is empowered to cite the very scripture that Jesus cites. This scripture, originally from Psalms, would have been significant and worth engaging as a matter of rhetoric. For example, when people say, “we the people,” they are reminding the audience that there are some ideals that have not met their fullest potential. 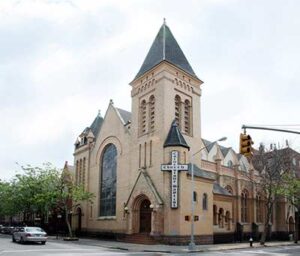 If you look at their website, you will see that Cornerstone credits “The Holy Spirit” as the motivating force in this initial gathering. Consider what it takes to build a church community in 2021. Now, let us do some time travel! What might have been more difficult over 100 years ago? What do we take for granted now, politically, socially, economically, and even technologically? Through great challenges, Black people decided to organize and build a community of faith. Today, we have regular fellowship with Cornerstone and rejoice in their commitment to doing the work of justice right down the block!

We celebrate all our neighbors in our community who are finding ways to love each other, love Christ, and seek freer futures.

Journal: Are there places in your daily life where you feel like the underdog? Imagine the Holy Spirit filling you up with power. How do you envision that moment?

Closing: Listen to “My God Is Real,” sung by Danielle Brooks.

Prayer:
Dear God,
You know exactly what we deal with in our lives. You know where we lack, and you know where we shine.
We need to remember your love for us. Even when the world tells us we are unworthy, we need reminders that we are not worthless.
The world may see us as the underdog, but you see us as the cornerstone. You love us as we are and have hopes for our freedom. May we never forget this truth.
In Jesus’ name we pray, Amen. 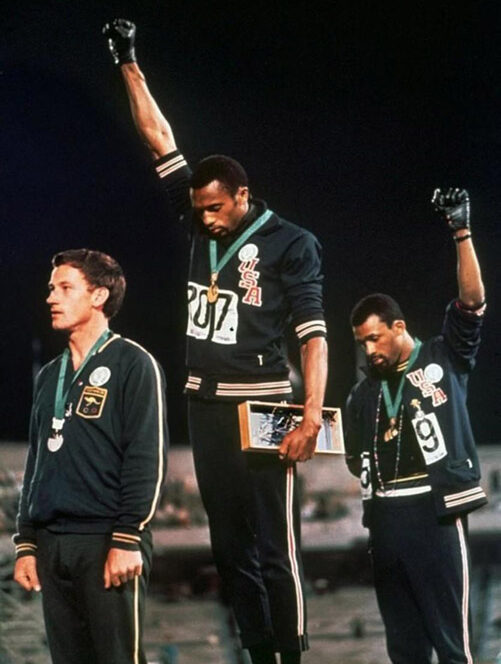 Of Inconveniences and Oppression 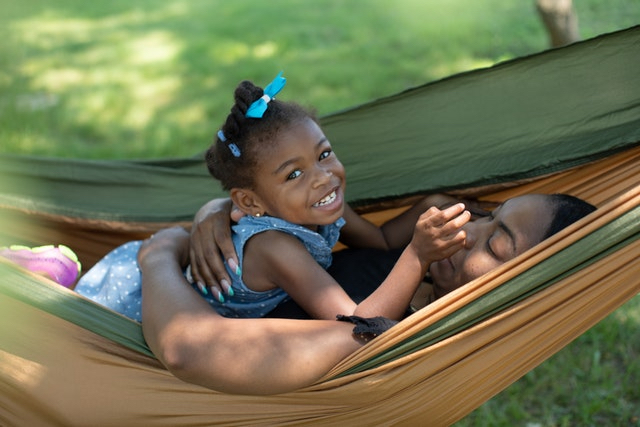 Making Room for All Children