32 Now the whole group of those who believed were of one heart and soul, and no one claimed private ownership of any possessions, but everything they owned was held in common. 33 With great power the apostles gave their testimony to the resurrection of the Lord Jesus, and great grace was upon them all. 34 There was not a needy person among them, for as many as owned lands or houses sold them and brought the proceeds of what was sold. 35 They laid it at the apostles’ feet, and it was distributed to each as any had need.

Background
The Book of Acts is a book wrapped up in the Holy Spirit. During his ministry, Jesus mentioned that “The Advocate” will help us. The Holy Spirit is often referred to as “The Advocate,” who helps us through challenging times. Have you ever been having a conversation where you picked up on something that hadn’t been said explicitly? And someone says, “flesh and blood did not reveal that to you?” The Holy Spirit helps things happen that we cannot do alone. It also reveals things we might not otherwise know. In chapter 2, The Holy Spirit is responsible for the miracle at Pentecost. People from all over could understand each other even though there were no translators! In your own devotional period, explore the fourth chapter in its entirety. Where do you see the Holy Spirit moving, both named and unnamed?

Today’s lesson will focus on collective sacrifice. Read the scripture out loud together. What does ‘tithing’ mean to you?

What’s happening during this passage?
In this passage, we learn that the Believers were of “one heart and soul.” No one owned their own stuff. Everything was community property. The apostles gave their testimony and rehearsed the story of Jesus’ resurrection. No one in the crew was in need because those who had resources sold them and shared the proceeds with the community. The apostles were responsible for distributing to the community as “any had need.”

Would you live like this? Could you?
Many people already do! There are countries around the globe that find ways to make sure “everything is held in common.” Technically, in the United States, our Tax system is supposed to operate in this way. In theory, everyone is supposed to contribute to a larger “pot,” where we can draw out funds for schooling, infrastructure, agriculture, and other communal needs. Sadly, we know that the tax system in the United States advantages the wealthy and exploits the poor. It depends on permanent underclasses!

CEOs of major companies have found ways to avoid paying their share of taxes, which means the average person can be paying more taxes than some of the wealthiest people in our nation. Ultimately, the average person is more responsible for the “pot” than wealthy CEOs.

Even in a country like ours, we have collectives that make shared sacrifice possible. In many immigrant communities there are susus, which is a family savings program. Every week, a group of people put a designated amount of money into a shared pot. And every so often, it is someone’s “turn” to withdraw from the pot. Or, consider credit unions, rent parties, mutual aid projects and other efforts.

Is this a fool-proof way to live?
Of course, these methods are not without flaw. Sometimes they are less successful than we would like them to be. Sometimes people don’t pay their share in the susu. Sometimes people don’t contribute equally to the rent party (everybody can’t bring ice, who’s gonna bring chicken wings!) Sometimes mutual aid projects can become more inaccessible when they get more popular, which means less people are able to benefit from the resource. No method is without flaws. Those who are responsible for the effort have to constantly evaluate the usefulness and reach of the program. Are we meeting the needs of the people the way we thought we could? For the people in this passage, the apostles had that responsibility. It was their job to distribute the fund with integrity.

Why is it so hard for us to share?
One thing that makes sharing difficult is pressure to look out for Number One. In social, legal, economic, and political ways, there is no reward in collective struggle. Very few people want to own a home in a city like New York with 4 other adults. Very few people trust enough other people to commit to a shared savings program like a susu. What happens when someone “makes their withdrawal” and then never contributes again? What happens when someone takes advantage of the system?

“Now the whole group of those who believed were of one heart and soul.”
This is when we return to our shared principles and ethics. The people described in this scripture were not just strangers off the street. This is a community of people who have committed to shared ideas, not just shared possessions. They prayed together, broke bread together, rehearsed the story of Jesus and his resurrection. We could infer if they broke bread together, they likely raised and watched each other’s kids. We could infer if they rehearsed the story of Jesus, they likely also cried together. The only reason this community gelled for the amount of time that it did was the foundation they set outside of “work.” We cannot only come together to struggle or work together; we must also support each other spiritually, socially and otherwise! It is good for us to dwell in unity together! 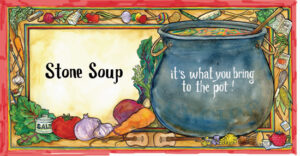 Stone Soup is a classic children’s story. It takes on many forms, but in its most popular form, it features a traveler to a new village. This traveler asks for food, but no one has anything. Or so they think. He places a stone in a cauldron and invites people to put an item inside. One boy comes by with a carrot. A little girl drops a potato in. A grandmother shares her rosemary. A farmer gives chicken meat. Eventually, everyone participates in the recipe and there’s enough for everyone in the town to have a bowl of soup. Some versions of the story say that the pot keeps overflowing and people can get seconds!

Everyone surrendered what was precious to them, and trusted that the ultimate product would be even bigger than their individual ingredient. The miracle here is that everyone shares and trusts that their neighbor’s ingredients will add to the experience.

Journal: Call someone you love. Listen to how their week is going. As you hang up, offer to pray with them (if this is the kind of person who would enjoy prayer!). As you talk with this person, listen intently.

Dear God,
Since the very first humans, you knew that we needed to be in community. We don’t always need a million people around, but it’s true that we can’t get through this life without a few friends.

You gave us the gift of community. You are our grounding guide who reminds us what holds us in common. We are made siblings through Christ, through You, and through the Holy Spirit.

Throughout this week, help us to share where we can. Help us to ask for what we need. If we are sharing too much, or taking too much, show us how to balance out our actions.
In Jesus’ name we pray, Amen. 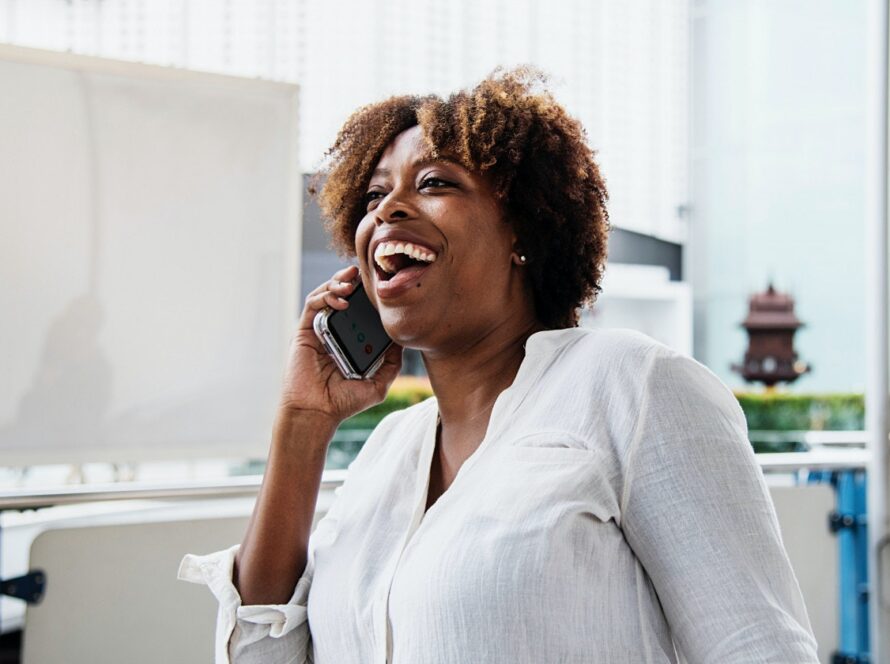 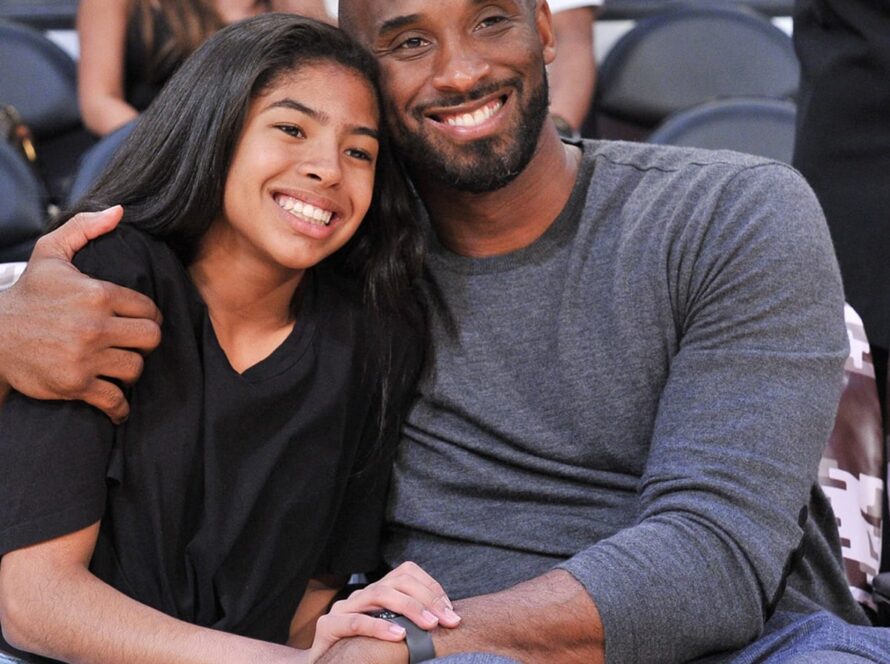