33 Then Pilate entered the headquarters again, summoned Jesus, and asked him, “Are you the King of the Jews?” 34 Jesus answered, “Do you ask this on your own, or did others tell you about me?” 35 Pilate replied, “I am not a Jew, am I? Your own nation and the chief priests have handed you over to me. What have you done?” 36 Jesus answered, “My kingdom is not from this world. If my kingdom were from this world, my followers would be fighting to keep me from being handed over to the Jews. But as it is, my kingdom is not from here.” 37 Pilate asked him, “So you are a king?” Jesus answered, “You say that I am a king. For this I was born, and for this I came into the world, to testify to the truth. Everyone who belongs to the truth listens to my voice.”

Background
As soon as Halloween is over, the Christmas decorations go up. Our sense of time and seasons can be disoriented. Likewise, this passage feels odd to read in November. Why are we reading about Pontius Pilate in November? Jesus isn’t even born yet!
Today is Christ the King Sunday, celebrated by many denominations with special services. The Feast was started by Pope Pius XI in 1925 (some years after World War I). In this context, it’s important to remember that the day of remembrance was to highlight the importance of Jesus and his ideas, rather than brutal nationalism and violence. In short– this day reminds us that Jesus is Lord, and not anyone else. It keeps our focus on Jesus and his ideals, rather than the prevailing culture of the time. Greed, unkindness, theft, deception, war, exploitation are all called out by Christ. John’s gospel focuses on the need to follow Christ rather than The Ruling Empire often.

In your own devotional period, read the chapter in its entirety. What feels familiar to you about this chapter? Why would the organizers of the Lectionary (the predetermined calendar of biblical texts for the year) choose to use this text for this Sunday?

Today’s lesson will focus on the kind of “king” Jesus was. Read the scripture out loud together. What’s happening during this passage?

Pilate comes to the room where Jesus is and asks him, “Are you King of the Jews?” Jesus answers with a question. “Is this your question or someone else’s?” Pilate ping-pongs the question back. “I’m not a Jew, I wouldn’t know. Your own people handed you to me, what did you do?” Jesus responds, “my kingdom is not from this world. If my reign were from this realm, my people wouldn’t allow me to be handed over. But, like I said, My Kingdom is not from here.”
Pilate pushes again, “So, you ARE a king?” Still, Jesus refuses the question. “That’s what you said. I was born for this, and this is why I’m here: To tell the truth. Everyone who belongs to the truth listens to me.”

What disorients Pilate? How would you describe his attitude in this passage?
Pilate is a representative of the high court. He is part of the Roman Empire. Many interpretations of the Christian narrative misdiagnose how Jesus is killed. He is not “killed by the Jews.” He is executed by the Roman government, and Pilate is a high official in that government. He is currently doing an interrogation on Jesus. And Jesus has no lawyer or advocate present, except for the Holy Spirit.
Pilate likely has entire files on Jesus. His officers have been doing surveillance missions for some time. Finally, Pilate gets to meet the man, the myth, the legend. Jesus himself. And he’s irritated.

What is Jesus’ strategy in this interrogation?
Jesus won’t answer any question straight out. And Pilate is desperate to understand Jesus in the language of the Empire. He’s trying to see if Jesus is “king of the Jews,” but that’s not how Jesus describes himself.
Rev. Dr. Samuel Cruz, professor of Church and Society at Union Theological Seminary notices how Jesus’ responses irritate Pilate.

This passage, in which Jesus speaks to power, shows how the powerful do not like it when they do not control the discourse. The powerful elites of Jesus’ day were accustomed to controlling the ideology and the discourse, just as the powerful elites are accustomed to determining/controlling the ideology and the discourse in our day… Jesus posed the questions: Are you asking me sincerely or are you prejudiced because of what people have told you? Did you already make up your mind? In other words, Jesus called out Pilate for his feigned neutrality in their conversation. Pilate’s question is one that he was asking for others—a question that was full of biases.

Jesus was being interrogated by a man who was expected to carry out a swift and fair trial, but we all know the Roman government was a sham. Jesus doesn’t want to be part of that. He refuses the interrogation. “My kingdom is not of this world!” As always, he is speaking in code. What he intends to say is that “I don’t do things the way you all do, and that’s why you’re mad.”
Of course, in custody, he has to watch what he says. Anything he says can and will be used against him. 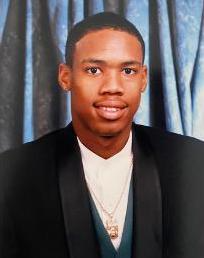 Just this week, Julius Jones was scheduled to be executed in Oklahoma. Even though he’d insisted upon his innocence and the evidence corroborated this fact, he was on Death Row. Advocates argued that Mr. Jones’ case was saturated by racial and economic discrimination.
In what was a literal eleventh-hour twist, the governor granted clemency to Mr. Jones, halting his execution. Scheduled to be executed at 4 PM, he, his family, his attorneys, and supporters learned that he would be granted clemency at 12:45. Instead, he was sentenced to life without parole. This means he will likely be in prison for the rest of his natural life. What they thought would be a final visit, ended up being a tearfully joyful moment.

At this point, organizers are celebrating that an innocent person will still be in prison. But also, people are using this moment to point out the racism and class oppression baked into the justice system. Throughout the case, Mr. Jones and his attorneys were met with officers and lawyers who pretended to be neutral, all while attempting to pin an innocent person for a crime. With a little over three hours separating Mr. Jones from death, he has a lot to feel and think about in the coming days. To learn more about his case and find other ways to support people like him, visit https://www.justiceforjuliusjones.com/

Journal: Have you ever been discriminated against because of a racial, gendered, economic, citizenship, sexuality, primary language, or ability bias? What was that like?

Closing: Listen to “All Hail The Power,” from Bishop Clarence E. McClendon

Dear God,
You sent your Son to save us from individualistic thinking and greed. You wanted to show us a more excellent way, so you sent someone who understood us, from womb to tomb.
We are tempted to fall in line with the ways of the Empire. We are tempted to be selfish, to be greedy, to grab for power wherever we can, because that is often the only way we can survive.
Today, we ask that you correct us when we are acting out. Help us to notice the things in us that mimic the very people who tried to destroy your ministry. Bring us to repentance when we behave more like Pilate than You.
In Jesus’ name we pray, Amen. 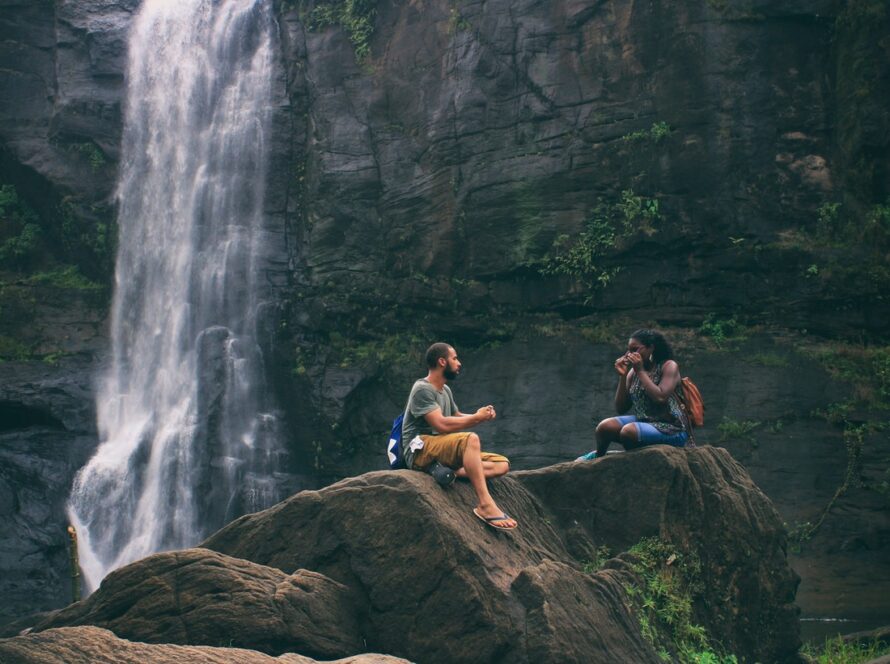 The Distraction of Competition 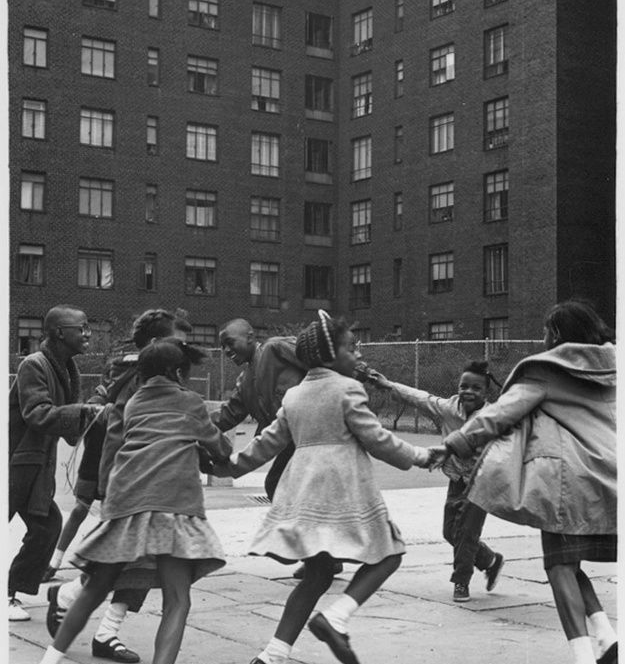 The Bigness of God and God’s Creation