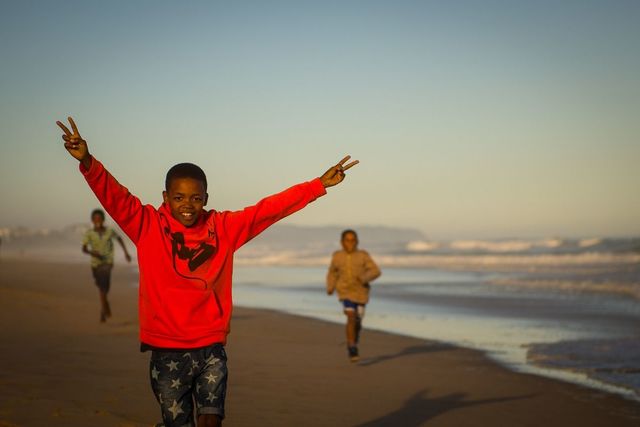 A Theological Statement from the Black Church on Juneteenth

Black Pastors and Black Theologians in Support of the Contemporary Movement for Black Lives.

On the occasion of this 155th observance of Juneteenth, a collective of Black pastors and theologians lift our voices to emphatically repudiate white supremacy and anti-Black violence.

On the occasion of this 155th observance of Juneteenth, the jubilant celebration marking the end of American chattel slavery, we, a collective of interdenominational Black pastors and theologians representing the prophetic tradition of Black churches in the United States of America, lift our voices to emphatically repudiate the evil beast of white racism, white supremacy, white superiority and its concomitant and abiding anti-Black violence.

Although we have been temporarily severed from our respective chancels due to the global effects of the COVID-19 pandemic, the doors of the Black Church are still open as we congregate on one accord in the Spirit and by the power of a God of freedom, justice, and love, who was with us in the beginning (Jn.1:1) and has brought us this far by faith.

The Black Church was born as slave religion in spite of the American slavocracy and in resistance to the degradation of Black life by white arbiters of power. In opposition to the gods of white theology, namely, white power, white supremacy and white capitalist acquisition that bought and sold the Black bodies of our forebears, the Black Church proclaimed by night as an invisible institution that Black lives matter to God.

... the doors of the Black Church are still open as we congregate on one accord in the Spirit and by the power of a God of freedom, justice, and love, who was with us in the beginning

In light of this radical proclamation, it is not lost on us that the 45th presidential administration of the United States has once again undertaken to desecrate Black life by planning to hold an incendiary rally this Juneteenth weekend in Tulsa, Oklahoma. Tulsa is significant for Black America because it is where Black Wall Street, a great symbol of Black economic self-determination, was organized by persons who fled the sacrilege of lynching, only to be burned to the ground by the ubiquity of white supremacist hate.

In this contemporary moment, the Black Church will not stand silent in the face of the social, moral and political failure of the 45th administration of this nation. The chief executive of the United States is a racist and sexist terrorist whose ignorance, gaslighting, dog whistles, and outright lies have fueled the flames of the anti-Black sentiment that is carved into the very foundations of the American experiment, and which has consistently simmered beneath the façade of this “city on a hill.” The state-sanctioned lynchings of Ahmaud Arbery in Glynn County, Georgia, Breonna Taylor in Louisville, Kentucky, George Floyd in Minneapolis, Tony McDade in Tallahassee, Florida, and Rayshard Brooks in Atlanta, are merely the most recent additions to the red record of horror flagrantly visited upon African America.

The Black community has been regularly assaulted by the phalanx of white terrorism since our forced disembarkation on the shores of Jamestown in 1619.  From the bombing of our churches—like the Sixteenth Street Baptist Church in Birmingham, Alabama—to the torching of our homes; from the lynching of our children—may God bless the memory of Emmett Till—to the massacring of our communities; from the assassination of our leaders to the pillaging of our economic prowess, Blacks have been subject to white violence for too long and we will not take it anymore!

We have been demonized by obstinate pseudo-scientific theories that have asserted Black biological inferiority. We have been dehumanized by the persistent logics of enslavement that constitutionally cast us as three-fifths of a human being. We have been bestialized by the enduring logic of Jim Crow that slaughters us like dogs in the street and we have been criminalized by the neoliberal logics of a new Jim Crow that builds prison cells based on third-grade reading levels in Black communities and that has exchanged a white hood for a gold badge, a burning cross for a taser, a horse for a cruiser and a noose for a gun.

The incessant onslaught of anti-Black violence that is the progeny of white racist structural evil constitutes the very fabric of U.S. society. The violent Negrophobic legacies of 1619 endure 400 years later in contemporary unjust environmental realities of everyday Black life that lend themselves to a higher prevalence of comorbidities in communities with sub-standard health care access. We are not confused. It is not by chance, but rather by relentless social structural design that Black people are disproportionately dying from COVID-19.

There is no doubt that the Black community is “troubled on every side”; that we are persecuted and we are “cast down.”  But we are not destroyed (II Cor. 4:8-9).  As we stare down the barrel of this 21st-century iteration of white racist demonarchy propelled by the grandsons and granddaughters of old Jim and Jane Crow; and while the adversary roams around (I Peter 5:8) guiding the insidious political machinations of the highest offices of the land, the Black Church holds fast to the theological vision and social witness of those who came before us on the long arc of the Black Freedom Movement to irrevocably contend that God, the Crucified One who was lynched on a tree at the hands of the Roman empire, is Black (Gal.3:13). Every time a Black person is executed under the bastardized authority of the state, God in Christ is crucified all over again.

We, therefore, reject police brutality, militarism, and every form of state-sanctioned violence deployed under the banner of “law and order” that disproportionately targets and aims to ravage Black life.

Moreover, we contend that God is on the side of the oppressed (Luke 4:18).  We reject the white Christ that propels so-called Christians into complicity with white supremacy and bad faith that separates justice from righteousness. We further reject the prevalence of the individualist gospel of white evangelicalism that aims toward the perfection of personal piety and the prosperity gospel that asserts “manifest destiny” and capitalist acquisition as the will of God. We affirm God’s care and option for the poor, the prisoner, the infirm, the immigrant and the persecuted.

We, therefore, will engage direct action, political, economic, intellectual and digital activisms, and our deep reserves of spiritual resolve to fight to the finish against all “powers, principalities, and spiritual wickedness in high places” (Eph. 6:12) that endeavor to jettison God’s concern for those who suffer. We will prevail for our faith tells us that “if God be for us, who can be against us?” (Rom. 8:31).

We further assert that freedom is the superlative fundament of Black Christian faith (Jn. 8:36). We were free when we were kidnapped from the Mother Continent and God wants us to be free now! We, therefore, affirm that Black freedom is always communal. We affirm that Black freedom requires the absence of any restraint that compromises one’s responsibility to God and all of creation. We reject notions of white freedom that are compelled by the value of American individualism and the pursuit of one’s own destiny without interference and without concern for the well-being of others.

In accordance with the spirit of the times, we, the undersigned Black pastors and Black theologians, representing over 400 Black churches in the United States of America, one for every year of our righteous discontent, finally and most passionately contend alongside our secular sisters and brothers in the struggle, that Black Lives Matter (Jn. 10:10). It is no secret that the Black Church has been imperfect in its approximation of this moral claim. Self-reflexively, Black Church commitments to the patriarchy, misogyny, homophobia, transphobia, queerphobia, class fragmentation and Christian triumphalism indicate moral failure and a stronghold of anti-Blackness in our own communities that compels us to despise ourselves and our mirror image in the world.

We repent for our paradoxical defiance of the “Good News” that reveals a God in Christ whose radical Body does not conform to the status quo. We repent for the disposition of anti-Black self-loathing that is a direct consequence of hegemonic white supremacy in the modern world. We repent for how anti-Black self-loathing has bolstered our repudiation of and violence toward Black women, Black queer people and Black non-Christian theisms (especially our African traditional, Black Muslim and Black Jewish kindred), humanism and atheism. Amidst the onslaught of a global pandemic and a white plague of violence whose bullets and blows do not discriminate according to the politics of gender, sexuality, and/or religious identity, we unequivocally affirm, that:

With the help of God, who is our lynched brother, the Black Christ, we the Black Church, pledge our mind, body, treasure, and spirit to securing the welfare of the diversity of Black life, Black freedom and Black joy “by any means necessary.”

For a complete list of the nearly 700 Black pastors and theologians who have signed, please go here. 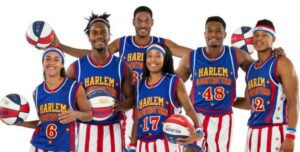 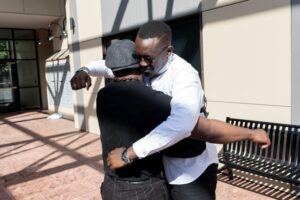 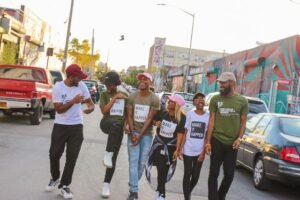